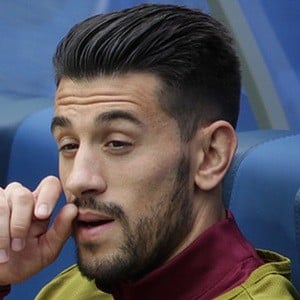 Central midfielder and winger who began representing Portugal on the international level in 2012 after appearing on their U-19, U-21 and U-23 teams. As of 2013, he played for Benfica with one year spent with Espanyol on loan.

He was 10 years old when he joined Bragança's youth system. After 8 years, he spent his last youth career with Braga and would spend his first years on the senior level with both clubs.

He was the Primeira Liga Player of the Month in October, November and December of 2016.

He was born Luís Miguel Afonso Fernandes in Braganca, Portugal.

He is not to be confused with Juan Antonio Pizzi who is also known as Pizzi.

Pizzi Is A Member Of