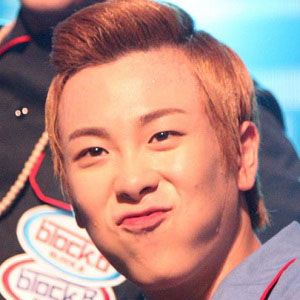 Famous for his membership in the hip-hop group Block B and its sub-unit Bastarz. He is also known for a solo mixtape titled Bigboi is Ready 2 Showtime.

While studying at Hanlim Arts High School, he auditioned unsuccessfully for Block B. After further musical training, he had a successful second audition for the rap group.

He was featured in the girl group Delight's single "Mega Yak."

Born Pyo Ji-hoon to an affluent family in Seoul, South Korea, he later adopted the stage name of P.O.

He and Zico both rose to fame as members of Block B.

P.O Is A Member Of