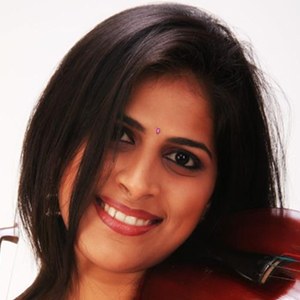 Playback singer who began her rise to stardom by winning the music competition Padalani Undi in 2006. Since then, she has contributed vocals to a number of popular Tamil films, including Ambikapathy (2013), Vanmam (2014) and Maaveeran Kittu (2016).

She earned an MBA from the Indian women's school Villa Marie College.

She won the Vijay Television Award for Favourite Singer Female for her work on the romantic comedy Varuthapadatha Valibar Sangam (2013).

She comes from a family of classical music lovers, including her father, whom she credits with getting her into music.

She has worked with some of the biggest composers in India, such as Gv Prakash Kumar.

Pooja Vaidyanath Is A Member Of