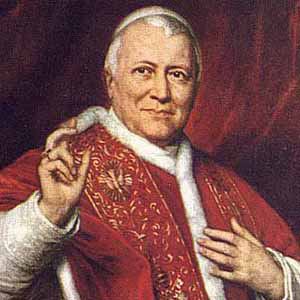 The head of the Catholic Church from 1846 until his death in 1878 who was the longest-reigning Pope in the history of the Church.

He threw himself in deference to Pius VII, who supported his rise in the Church.

He was the last pope to rule as the Sovereign of the Papal States, which fell completely to Italian nationalist armies by 1870

Pope Benedict XVI is also an elected Pope of the Catholic Church.

Pope Pius IX Is A Member Of