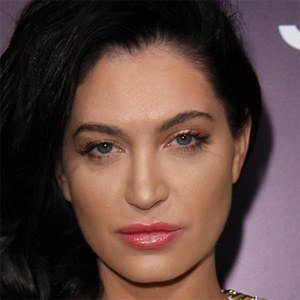 Pop singer-songwriter and rapper, known for singles like "Naughty Naughty" and for her fusion of pop and industrial music.

She initially embarked on a solo career under the moniker Porcelain and the Tramps.

She appeared in and contributed the song Rock Angel to the 2012 movie Rock of Ages.

Her father was a hairstylist who owned a hair salon. She was married to model Bradley Soileau from 2012 to 2014.

She appeared in the music video for the Jack White song Freedom at 21.

Porcelain Black Is A Member Of