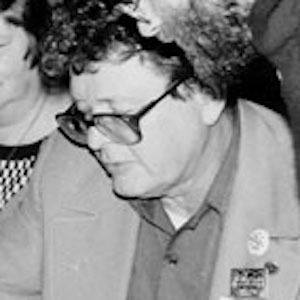 Most Popular#83667
Born in Bristol, PA#2
Author Born in Pennsylvania#29

A prolific science-fiction and fantasy writer, he grounded his books in real-world science and won seven Hugo Awards and three Nebula Awards. His popular works include the Time Patrol books, the Tomorrow's Children series, and the Technic Civilization Saga.

He earned a degree in physics from the University of Minnesota. He published his first science fiction work, Tomorrow's Children, in 1947.

The theme of many of his works, human "Technic Civilization," had its origins in the events of the European Age of Exploration.

He was born in Bristol, Pennsylvania, to an American engineer father and a mother of Scandinavian descent. He married Karen Kruse in 1953 and welcomed a daughter, Astrid, the following year.

The situations in his works of fiction often mirror real-world events. For example, his description of a futuristic society's conflict over a territory is not unlike the real-world conflict faced by David Ben-Gurion's Israel.

Most Popular#83667
Born in Bristol, PA#2
Author Born in Pennsylvania#29

Poul Anderson Is A Member Of