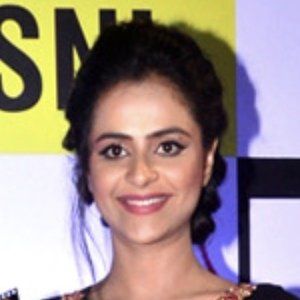 Indian actress and professional netball and basketball player. She is known for having once been the captain of the Indian National Netball Team and for also having starred as Sonali in the 2017 film Bailaras.

Her career started as a professional basketball player in 2002. Her netball career started shortly thereafter and continued into 2012. She then made her debut as an actress on the Star Plus series Diya Ar Baati Hum in January of 2016.

She was awarded Sports Women of the Year in 2010 by the Jesus and Mary College and was also featured as one of the Top 10 Hottest Sports Women in India by NDTV in 2011.

She was born and raised in Delhi, India. She has a brother named Sahil Tehlan.

She starred alongside Anas Rashid and Deepika Singh in the television series Diya Aur Baati Hum.

Prachi Tehlan Is A Member Of