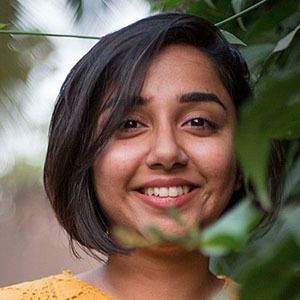 Indian YouTube star who is widely known for her MostlySane channel's content. She has gained over 5 million subscribers there for her litany of vlogs, including challenge completions, lists, and Indian cultural commentary.

She began her YouTube channel on February 10, 2015. She had previously begun her career in entertainment as a radio DJ, but found it to be miserable.

One of her most popular videos there, "10 Hilarious Words Delhi People Use | Latest Funny Videos | Mostly Sane," has earned more than 1 million cumulative views.

Her parents were initially reluctant to allow her to start her YouTube channel.

She has collaborated with Bollywood actor Hrithik Roshan and magician Collins Key.

Prajakta Koli Is A Member Of