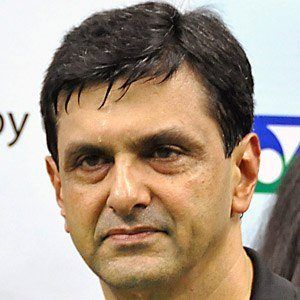 Indian former badminton star who won gold medals at events like the All England Championships and the Badminton World Cup. His life is the subject of the 2006 biography "Touch Play."

He was introduced to badminton by his father and made his tournament debut at the 1962 Karnataka State Junior Championship.

He became the first Indian player ever to win the All England Championship.

He has two daughters with a woman named Ujjala.

Prakash Padukone Is A Member Of