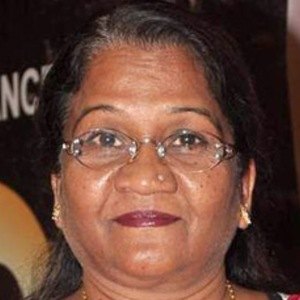 Actress who is known for her work on Bollywood movies and Hindi television drama series'. She is best recognized for playing the role of Indrani in the film Ishq Ka Rang Safed as well as for her recurring role in Undertrial in 2007.

Her acting career first began in 1997 when she starred in the English film Sixth Happiness. She then went on to debut in television in 2002 on the series Kammal where she played Ramabai.

She was nominated for an Apsara Film Producers Guild Award for her role in Waisa Bhi Hota Hai Part II in 2004.

She was born and raised in Mumbai, India and married Kannan Arunachalam.

She starred alongside Saif Ali Khan and Urmila Matondkar in the 2004 crime film Ek Hasina Thi.

Pratima Kazmi Is A Member Of