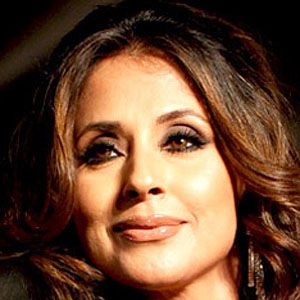 Known best for her Filmfare-nominated roles in such Hindi movies as Satya and Rangeela, this Indian actress also appeared in such Telugu and Tamil films as, respectively, Gaayam and Indian.

She acted in her first film when she was just three years old. Six years later, she appeared in the acclaimed movie Masoom.

She won the Filmfare Award for her starring role in the 2003 Bollywood horror film Bhoot.

A native of Mumbai, India, she grew up speaking the Marathi language. Her sister, Mamta Matondkar, also had a career as an actress. In 2016 she married Mohsin Akhtar Mir.

She appeared with Sukhwinder Singh in the 2001 Hindi film Pyaar Tune Kya Kiya.

Urmila Matondkar Is A Member Of