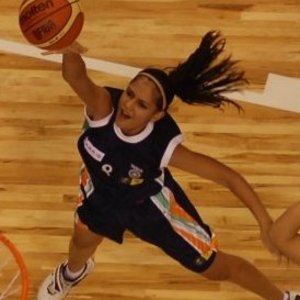 Small forward and shooting guard whose accomplishments include winning gold for India at the 3×3 FIBA Asia Championship. She also won several tournaments with Jesus and Mary College as well as the University of Delhi.

She started playing basketball in 2003 and attended school in Udai Pratap.

She received the Century Sports Award for Excellence in Sports in 2010.

She has five siblings, including basketball players Divya, Akanksha and Prashanti Singh. She married cricketer Ishant Sharma in 2016.

She attended Jesus and Mary College in New Delhi, just as Neha Dhupia did.

Pratima Singh Is A Member Of