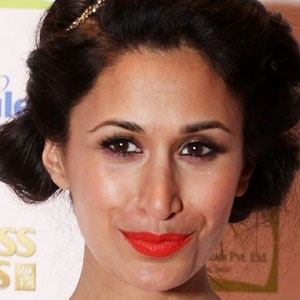 British actress who starting a singing career with her hit single "Shimmy," which was off of her debut album (I'm Over It) Constant Craving.

She did tap and ballet as a child.

Sge was nominated Sexiest Female in the show Eastenders during the 2010 and 2012 British Soap Awards.

Her father is an independent financial adviser and her mother works for British Airways.

She worked with Skepta on the song "Cross My Heart."

Preeya Kalidas Is A Member Of