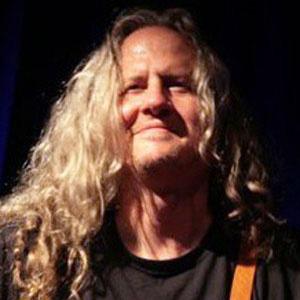 Fingerstyle jazz guitar innovator who invented a unique two-handed playing style and has released more than fifteen albums since 1979.

He began learning classical guitar as a young child.

He plays with his fingers, thumbs, fists, and wrists and is able to simulate the sound of a full band by himself.

He learned to play on his father's guitar.

His fingerstyle was brought to mainstream audiences by the likes of Paul Simon.

Preston Reed Is A Member Of