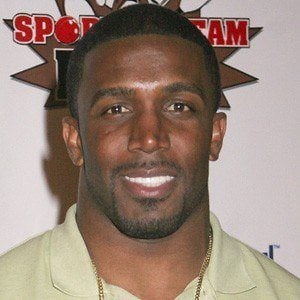 Former star running back who set a number of franchise records for the Kansas City Chiefs, including most career rushing yards (5,933) and touchdowns (76).

He played college football at Texas but went undrafted in 1997 before signing with the Baltimore Ravens.

He led the NFL in rushing yards in 2001 and received the AP NFL Offensive Player of the Year Award in 2002.

He was raised by his mother Norma and his stepfather Herman Morris in San Antonio, Texas.

In 2003, he broke Marshall Faulk's NFL record for touchdowns in a season when he scored 27. The record was broken again 2 years later by Shaun Alexander.

Priest Holmes Is A Member Of