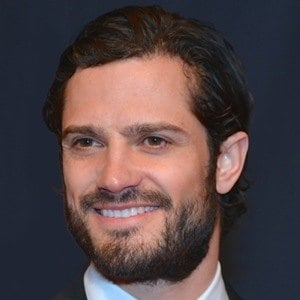 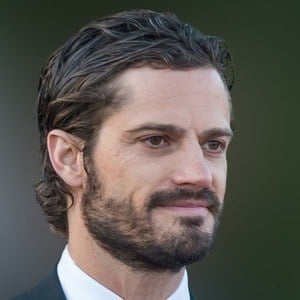 Only son and the second of three children of King Carl Gustaf XVI and Queen Silvia of Sweden. He is fourth in the line of succession, after his older sister Princess Victoria of Sweden and her children.

In 2007-2008, he studied graphic design, a lifelong passion, at the Rhode Island School of Design for one year and he finished his studies in 2011 with a degree in Agricultural and Rural Management at the Swedish University of Agricultural Sciences in Alnarp.

He is a member of the Bernadotte dynasty which has ruled Sweden since 1818. He was heir apparent to the throne of Sweden for seven months, until 1 January 1980 when a law came into effect which made natural birth order the basis for succession to the throne.

Prince Edward, Earl of Wessex and Sophie, Countess of Wessex were in attendance at his wedding.

Prince Carl Phillip Is A Member Of