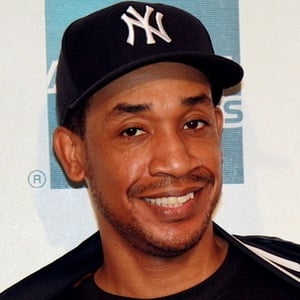 Disk jockey and recording artist who is widely recognized for having produced De La Soul's debut studio album 3 Feet High and Rising. In 1990, he started his own imprint under the Def Jam Records label.

He first began DJing in the fifth grade and began to gain recognition after a performance at the The Ace Center Amityville.

He produced a song that was featured on the SpongeBob SquarePants Movie soundtrack.

He has a son named Paul Huston Jr.

He and the RZA formed a group known as the Gravediggaz.

Prince Paul Is A Member Of