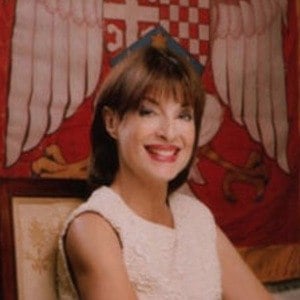 Daughter of Yugoslavian royalty who became a human rights activist and was a candidate for the president of Serbia in 2004.

She studied all over Europe, including England, France, and Switzerland.

Her daughter is Catherine Oxenberg.

She was part of a conference in Moscow on world peace that included luminaries like Carl Sagan, Mother Teresa, and the Dalai Lama.

Princess Elizabeth of Yugoslavia Is A Member Of