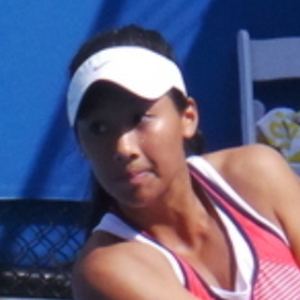 Australian tennis professional who is best known for her success in the WTA and WTA doubles career. She is also known for sharing tennis related images as well as other lifestyle content to her Instagram and her over 60,000 followers.

She first began her junior career in 2014 when she made it to the Wimbledon Championships in girls doubles. At the age of 16, she went on to make her senior Grand Slam main draw debut in 2015 at the Australian Open.

She is known for winning multiple ITF Finals and tournaments including the March 2015 match at Mornington, Australia and the the May of 2016 match in Pula, Italy.

She was born and raised in Brisbane, Australia.

Other professional tennis players from Australia include Sara Tomic and Johanna Konta.

Priscilla Hon Is A Member Of