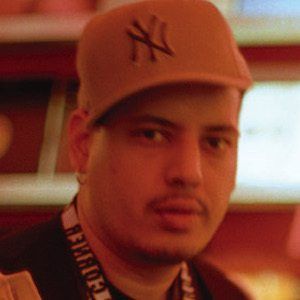 One member of the Queens-born hip hop group The Beatnuts with JuJu and former members Kool Fashion and V.I.C. The Beatnuts are peripheral members of the collective Native Tongues.

At only fifteen, he began DJing under the stage names DJ Les Jams and DJ Incredible. He met his partner JuJu while in high school and the two first began performing together as the Beat Kings.

In 2007, he released his debut solo album called Psycho Therapy (The Soundtrack).

His real name is Lester Fernandez. He is of Colombian descent.

The Beatnuts first began to gain success in production in the early 1990s, producing singles for artists like Monie Love and Fat Joe.

Psycho Les Is A Member Of