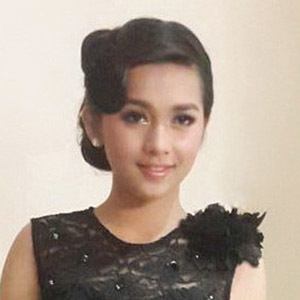 Soprano singer who rose to fame after being named as the runner-up on Indonesia Mencari Bakat at age 12. Two years later, she was voted the winner of Born to Sing Asia.

Though she is primarily an opera singer, she has covered songs from popular music like "Bohemian Rhapsody."

She has siblings named Putra, Revina and Junita.

She has performed live with composer David Foster.

Putri Ayu Silaen Is A Member Of