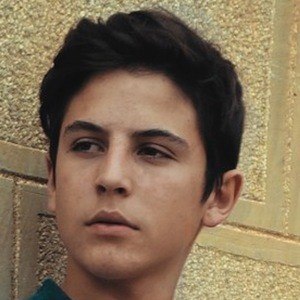 Social media star who is famous for his self-titled YouTube channel. He has earned massive popularity there for his original comedic sketches with original characters alongside vlogs documenting his own personal life.

He originally began creating original content for social media using Vine in 2013. He turned to YouTube in 2014.

He was originally born and raised in Norway.

Qendrim Gashi Is A Member Of