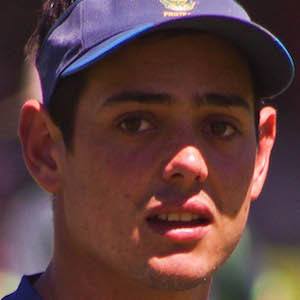 Top-order batsman and wicket keeper who made his international ODI debut for South Africa on January 19, 2013, against New Zealand.

He made his domestic career debut in 2009 for Gauteng.

He has dated Sasha Hurly, whom he met at the 2012 Champions League Twenty20.

While playing for South Africa he has been teammates with Lonwabo Tsotsobe.

Quinton De Kock Is A Member Of