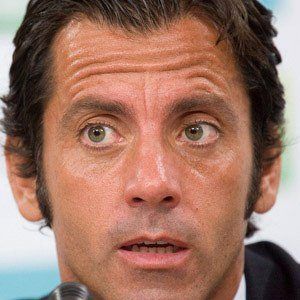 He spent his youth soccer career with Pegaso Tres Cantos.

He played two seasons with Real Madrid, helping the team win a La Liga title in 1995.

His father was also a professional soccer defender.

He played alongside Emilio Butragueno on the Spanish national team from 1987 to 1991.

Quique Sanchez Flores Is A Member Of