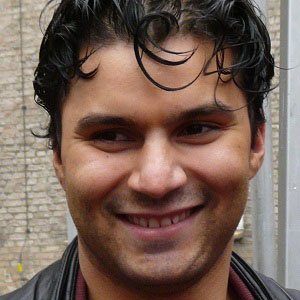 Born Fadil El Ghoul and known to his fans as R3hab, this Moroccan-Dutch disc jockey and music producer was the 2012 winner of the International Dance Music Awards' Breakthrough Artist honor. In 2017 he released a single called "Trouble," featuring the artist Verite.

His most popular singles include "Soundwave," "Revolution," and "Pump The Party," and he is also known for his remixes of tracks by Pitbull, Calvin Harris, Lady Gaga, and numerous other artists.

Born in Marrakech, Morocco, he later lived and worked in the Netherlands.

R3hab Is A Member Of