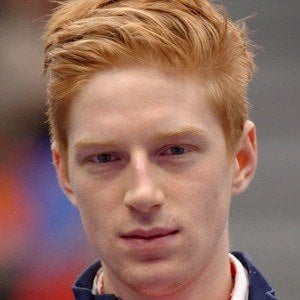 Olympic fencer and fashion model known for competing in the 2012 Summer Olympics and taking the silver medal at the 2013 World Fencing Championship. He is also a three time Pan-American champion and took the 2014-15 Fencing World Cup.

As a child, he was playing with a toy sword in a park in Atlanta when a stranger suggested to his parents he take up fencing. However, it wasn't until he moved to New York City that he joined a fencing club.

He is a passionate DJ and interned with the independent record label Fool's Gold in 2012.

Though born in Tampa, Florida, he later settled in Brooklyn, New York. He was named after Race Bannon, a character from the Jonny Quest cartoons.

Both he and Diego Occhiuzzi are popular fencers who competed in the 2012 Summer Olympics.

Race Imboden Is A Member Of