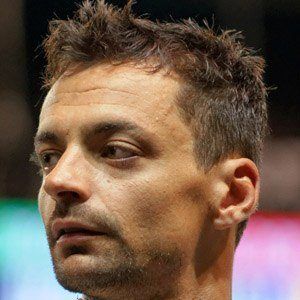 Fencer who won the silver medal in the individual sabre competition at the 2012 Olympics; also won bronze in sabre team at the 2012 and 2008 Olympic games.

He learned how to fence when he was just 7 years old.

He won gold in the saber team event at the 2013 European Championships.

He was raised in Napoli, Italy.

Valentina Vezzali also competed in in the 2008 and 2012 Olympics in fencing for Italy, winning two golds and two bronzes in women's foil.

Diego Occhiuzzi Is A Member Of