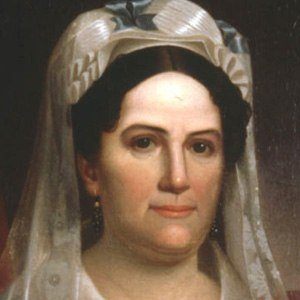 She was twelve when her parents moved out to the frontier, in Tennessee.

She was never technically divorced from her first husband before marrying Jackson, which led to charges of bigamy from his opponents.

She had three children with Andrew Jackson and served as his personal secretary.

Like Lady Bird Johnson, she was married to a US President.

Rachel Jackson Is A Member Of