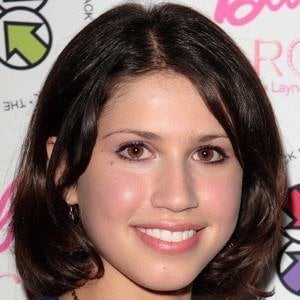 Actress who is widely known for starring as Lisa Zemo on the Nickelodeon series Ned's Declassified School Survival Guide. She appeared in more than 40 episodes between 2004 and 2007.

She earned her first big acting break when she was cast on Ned's Declassified School Survival Guide in 2004.

She starred in the 2007 short film Miriam. In 2016, she was named the StarPower Ambassador on behalf of the Starlight Children's Foundation.

Rachel Sibner Is A Member Of