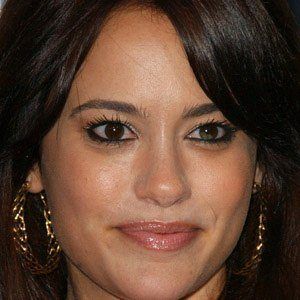 Most famous for her appearances in commercials for RGX-brand body spray, Specter is also known for her guest spots on Gilmore Girls, Entourage, How I Met Your Mother, and several other popular television series.

Before beginning her acting career, she earned an honors degree from the University of Florida.

A television writer as well as an actress, she penned several episodes of the ABC series Cougar Town.

She grew up in Tampa, Florida as the daughter of teachers Randie and Steven Specter. In 2013, she and her husband, Connecticut-born comedian Dan Levy, became parents to a child named Abe.

She appeared with Kim Kardashian in the 2009 comedy film Deep in the Valley.

Rachel Specter Is A Member Of