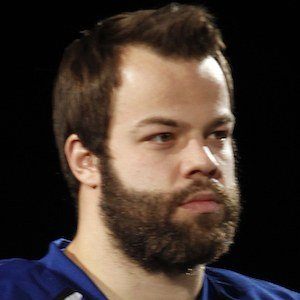 NHL defender who made a name for himself as a member of the Philadelphia Flyers and Tampa Bay Lightning. He also played for the Czech national team at the 2014 Winter Olympics.

He began his youth career with the Kladno hockey club. In his early years, he played as a member of the Czech national junior team at the World Junior Championships in 2008, 2009, and 2010.

He played for the Norfolk Admirals and the Syracuse Crunch before spending several years with the Tampa Bay Lightning.

His father, Leo Gudas, was also a professional hockey player and represented Czechoslovakia at the 1992 Winter Olympics.

He and Tampa Bay Lightning teammate Ondrej Palat were both named to the Czech national team for the 2014 Winter Olympics.

Radko Gudas Is A Member Of