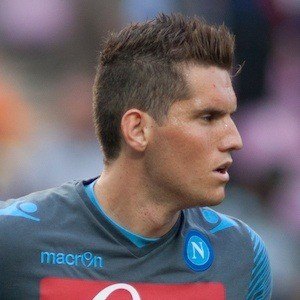 Brazilian goalkeeper who started his career in his home country with Santos before being sold to Napoli in 2013. He helped Napoli win the 2014 Supercoppa Italiana, sealing the victory with five saves in the penalty  shootout.

He won the Copa do Brasill in 2010 and the Copa Libertadores in 2011. He made his debut with the Brazilian national team in 2012.

He is the son of Mara Cabral and Sérgio Cabral. In 2017, he and his wife Vanessa Cabral welcomed their first daughter.

Despite his success during the 2014-2015 season with Napoli, he found playing time scarce in subsequent seasons following Pepe Reina's return to the club.

Rafael Cabral Is A Member Of