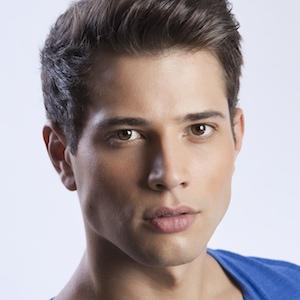 Well known for his recurring role on the popular Nickelodeon series Every Witch Way as Julio, he is primarily known as Diego Forlan on the Nickelodeon Latin America fantasy series Grachi. He also portrays Michael Sanchez on the FOX series Empire.

He made his professional acting debut in 2009 in the role of Jorge Giraldo for Mas Sabe el Diablo.

He was nominated for a Kids' Choice Award in Mexico for his role as Diego Forlan on Grachi.

He posted a childhood photo with his mother Helena for Mother's Day 2021.

He works alongside Melissa Carcache on the series Every Witch Way.