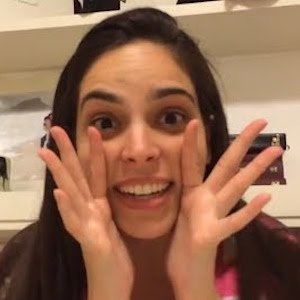 Singer signed to Gravadora Novo Tempo who first rose to fame in 2013 for her album Eu Verei. She would go on to release the followup album Laços in 2015.

She made her musical debut in 2013 with the album Eu Verei.

Some of her most popular singles include "Eu Verei," "Ate La," and "Deus Perdoa."

She has one sister and has posted numerous photos with her nephew on Instagram. Her boyfriend's name is Leandro Moreno

Both she and Iza are popular singers from Brazil.

Rafaela Pinho Is A Member Of