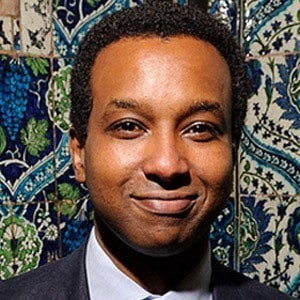 News reporter who worked as a BBC World Affairs correspondent before moving to Al Jazeera English.

He started his journalistic career for The Voice.

He was the recipient of the 2008 Arab Media Watch Award.

He was married to Georgiana Rose "Nina" Montgomery-Cuninghame in 2000. The couple had three children together.

He and Christopher Cazenove both attended the Dragon School.

Rageh Omaar Is A Member Of