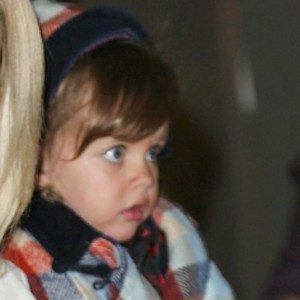 Famous as the first born daughter to former Playboy Playmate Holly Madison and entrepreneur Pasquale Rotella. Her parents were married in September 2013, which was seven months after her birth.

Her mother rose to fame for starring on the E! reality TV series The Girls Next Door, which began in 2003. She subsequently created her own E! reality series Holly's World, which ran from 2009-2011.

Her mother had her first book Down the Rabbit Hole: Curious Adventures and Cautionary Tales of a Former Playboy Bunny published in 2015. It debuted at #1 on the New York Times' best-sellers list.

Her mother gave birth to her younger brother Forest in August 2016.

Her mother appeared in the 2008 comedy film The House Bunny alongside Anna Faris.

Rainbow Rotella Is A Member Of