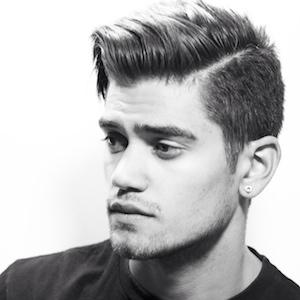 He posted his first video, titled "Skimboarding across the pool...harder than it looks," on May 29, 2013. It wasn't until October of that year that he started to post Vine videos more consistently.

He frequently sang beside Andrew Bazzi in his Vine videos. He has more than 1.2 million subscribers on YouTube.

He attended college in Michigan. He was born in Cincinnati, Ohio.

He has posted collaborative covers with fellow artists Tanner Patrick Howe and Andrew Bazzi on his Vine and YouTube channels.

Rajiv Dhall Is A Member Of