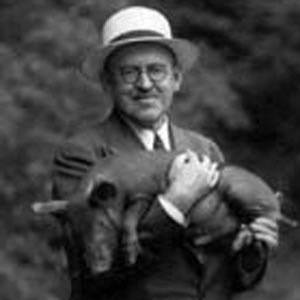 Engineer, inventor, and US Senator from Vermont from 1946 to 1959. He was notably one of the first members of Congress to stand up against Joseph McCarthy.

He created more efficient machinery for cutting gears and creating screws, earning him several medals and honors from the U.S. and Britain.

In the senate he staked out a middle ground between liberals and conservatives, and argued that rather than look for Communists within, the U.S. should be pushing it back abroad.

He was born in Caledonia County, Vermont, the oldest of nine children of a farming family.

He introduced the bill to censure Joseph McCarthy, his defense of his beliefs making him a model for future generations of Vermont politicians.

Ralph Flanders Is A Member Of