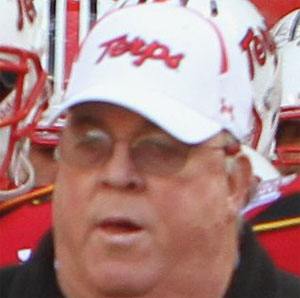 University of Maryland head football coach from 2000 until 2010 who won an ACC Championship from that position in 2001 and had a 5-2 bowl record. He was a 2 time ACC Coach of the Year as well.

He was an offensive guard for the Maryland Terrapins from 1966 to 1968.

He has served as an offensive coordinator for several college programs such as The Citadel, Georgia Tech, and Rutgers.

He married Gloria in 1973 and has three daughters.

Ralph Friedgen Is A Member Of