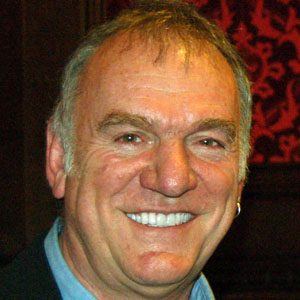 Revered singer who became an icon in the English folk scene for songs like "Streets of London," which has been covered by hundreds of artists since its 1969 release. He enjoyed great commercial success in the 70's, selling out major concert venues like London's Royal Festival Hall.

He left grammar school to serve in the British Army at age 15 but left the Army six months later. In college, he became influenced by American jazz and blues music.

He wrote and performed songs for the children's television series "Alphabet Zoo" and "Tickle on the Tum" in the 80's.

He was born Ralph May. His first grandchild, Ezra, was born in 2000.

He performed alongside American rock stars like Jimi Hendrix at the famed Isle of Wight Festival in 1970.

Ralph McTell Is A Member Of