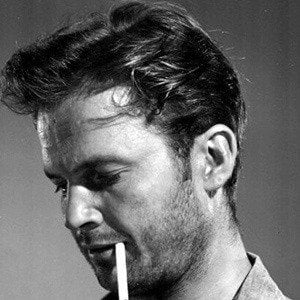 Renowned stage actor who starred on Broadway in the 1953 production of Picnic. Also a screen actor, he played the leading role in Kiss Me Deadly, a 1955 film noir.

He studied theater and music at Northwestern University.

He appeared on such television series as Going My Way, Breaking Point, and The Texan.

He worked with renowned director Elia Kazan on a 1964 production of Arthur Miller's After the Fall.

Ralph Meeker Is A Member Of