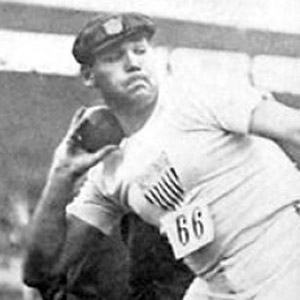 American track and field athlete who won three Olympic gold medals at the beginning of the 20th Century.

He won Big Ten Championships in the shot put and discus in 1904 while at the University of Michigan.

His father J.W. Ralph was also an athlete at the University of Michigan.

He won gold at the 1912 Olympics where the legendary Jim Thorpe won the decathlon and pentathlon.

Ralph Rose Is A Member Of