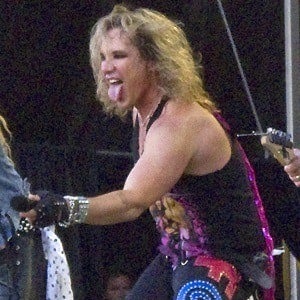 Lead singer of the glam metal band Steel Panther who also performed with L.A. Guns and Nightfall, among others.

His band Steel Panther was once featured in a commercial for Discover Card under the name Danger Kitty.

He appeared in the 2001 film Rock Star, where he can be seen auditioning for the singing job won by Mark Wahlberg in the film.

Ralph Saenz Is A Member Of