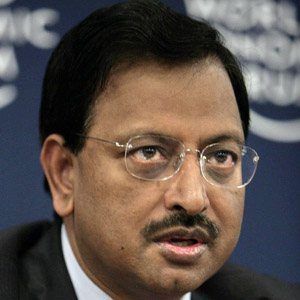 Known for chairing the successful Satyam Computer Services corporation during the late 1980s, 1990s, and early 2000s, this Indian businessman left the company in early 2009 after pleading guilty to charges of embezzlement.

After earning an undergraduate business degree from Andhra Loyola College (in Vijayawada, India), he went on to receive a Master of Business Administration degree from Ohio University.

In the early 2000s, he helped found a charitable organization known as the Byrraju Foundation.

Born in Bhimavaram, Andhra Pradesh, India, he grew up with three younger siblings. In his early twenties, he married a woman named Nandhini.

He and Rahul Bajaj were both well-known Indian businessmen.

Ramalinga Raju Is A Member Of