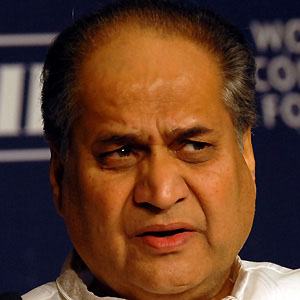 Indian businessman who became the chairman of the Bajaj Group. He was also a member of Indian Parliament.

He attended a number of prestigious colleges, including Harvard University.

He received the Padma Bhushan, the third-highest civilian honor handed out by the Indian government, in 2001.

His daughter Sunaina married the former leader of Temasek India.

Rahul Bajaj Is A Member Of