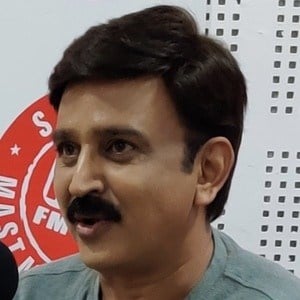 Actor who became a hugely respected name in Indian cinema through his roles in such films as Sathi Leelavathi (1995), Kothigalu Saar Kothigalu (2001) and Pushpaka Vimana (2017). He won back-to-back Filmfare Awards for Best Kannada Actor in 1997 and 1998.

He earned a Bachelor of Engineering degree from Bangalore University.

He married a woman named Archana, with whom he has a daughter named Niharika and a son named Arjun.

He appeared with Sonal Chauhan in the Kannada-language film Cheluveye Ninne Nodalu (2010).

Ramesh Aravind Is A Member Of