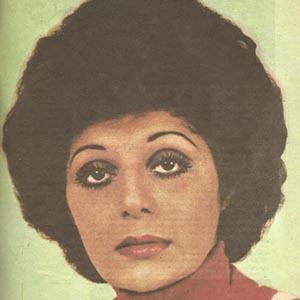 Iranian pop singer who is known for songs like "Deepavali Habbakka", "Ee Nimbe Hanninantha" and "Mooru Kaasina Kudure". She has released dozens of albums and composed for multiple movies.

After the revolution, she gave up singing in protest. After 17 years of silence, she released her album The Third World in 1995.

She has three sisters and a brother.

Roxanna is also a prominent pop singer from Iran.

Ramesh Is A Member Of