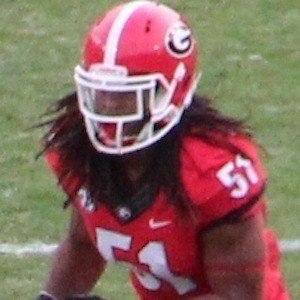 Linebacker who began his college football career with the Georgia Bulldogs in 2011. He previously attended Jefferson High School, where he was a four-star recruit according to Rivals and ESPN.

He was a linebacker, punter and tight end at Jefferson.

He was named First-Team All-SEC during his junior year, his first year as a starter.

His father, Robert Wilson, passed away from heart failure during Ramik's freshman year of college.

He and Alec Ogletree both became star linebackers at the University of Georgia.

Ramik Wilson Is A Member Of