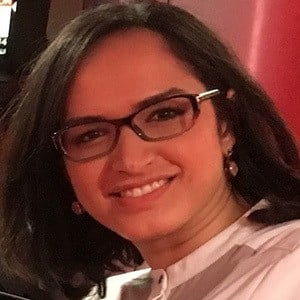 British-Iranian journalist who took a job with the BBC World Service and became the senior presenter on BBC Persian TV. She has covered such major stories as Iran's nuclear program and the Iranian presidential elections of 2009 and 2013.

She studied accounting at Alzahra University and language translation at Azad University.

She's been featured on the broadcasts Newsnight and News At 10.

She is married and has 2 children.

She interviewed journalist John Simpson as part of the 40th anniversary of the 1979 Iranian Revolution.

Rana Rahimpour Is A Member Of