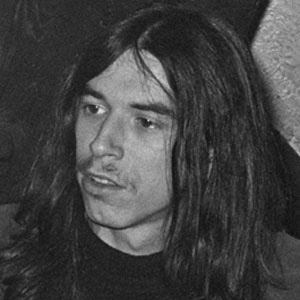 Guitarist who had a small but passionate following within the 1960s rock group Blue Cheer and for his solo work.

His first band was The Iridescents, who played R&B covers around the Baltimore area.

The heavy sound that Jeff Beck and the Yardbirds invented was popularized and spread by Holden.

He grew up around Pennsylvania.

Keith Richards' guitar playing revolutionized Holden's thinking about how a guitar should sound.

Randy Holden Is A Member Of